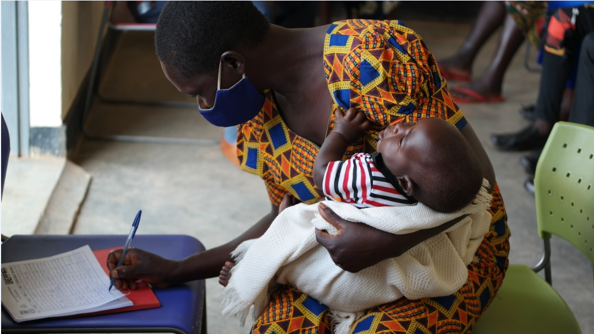 By the end of the project, 2,400 people should have participated in a BINA cycle. At least 720 programme participants should find paid employment through wage work or self-employment. At least 40% of the final target group should be women. With regard to the distribution of refugees and locals, a 50%-50% ratio is targeted.

In November/December 2020, the project team in Kiryandongo conducted the first campaign to mobilise applicants. In addition to a talk show on local radio, the team informed numerous stakeholder groups in refugee settlements and neighbouring communities. The project's efforts were very well received by politicians and potential participants. At the end of the campaign, the response was unexpectedly high: about 2,700 registration forms reached the team in Kiryandongo, 800 from refugees, 1,900 from the host communities. The high percentage of women (over 50%) is particularly positive with regard to the project's goals. The task now is to keep up this demand and to integrate it constructively into the project work.