Would you like to learn more about sequa's activities or are you looking for materials for a specific project? In the media library you will find the latest editions of the sequaForum as well as our diverse publications sorted by media format. In the project examples, photo galleries and videos we provide exciting insights into our worldwide projects and activities. The working aids are practical tools for our partners.

Three chancellors and four development ministers suggest that 30 years is a short time. But since its foundation, sequa has achieved more in international cooperation than many people thought it would than some people gave it credit for at the beginning.

The 1990s were a period of great upheavals. The Soviet Union dissolved, the states of Central and Eastern Europe set out on  their way towards the European Union, and market economy and democracy seemed to be taking hold. International development cooperation was not unaffected by this: Additional tasks in new regions were added and cooperation with the private sector was recognised as a new, important success factor. sequa took the first steps in these turbulent times and had orientate itself in many ways as a new organisation founded out of the private sector and establish itself. Among other things our contacts in the donor organisations, we had to make a name for ourselves.

sequa gGmbH was founded on 23rd September 1991 by resolution of the shareholders DIHT (today: DIHK) and ZDH, later joined by the BDA (1994), the BDI (2006) and GIZ (2010). In the ongoing learning and process between 'private' and 'state, both sides have learned over the past three decades,overcoming fundamental hurdles and the paths on which the cooperation works well have steadily developed into resilient paths.

sequa's first project was the Chamber and partnership (KVP) of the Kiel Chamber with the Gdansk Chamber of Commerce. The model has proven its worth. To date the BMZ programmes KVP, BBP and PartnerAfrica programmes, over 300 partnerships between foreign and German chambers and associations in 80 countries. A unique network! Other donors joined in, 1995 our first GIZ-financed project, we have been working for the EU since 1997. And with each new donor, we have learned the hard way. It is unforgettable that for many years EU applications were only formally valid with a signature in royal blue ink.

Over the years, our donors entrusted with larger and larger projects. 2006 our largest project had a volume of 3 million euros, today we can also optimally 30 million euros in the best possible way. In 1992 two selected journeymen a stay abroad in France, and today we run a project TAMEB II, we are guiding more than 3,200 Syrian refugees in Turkey to obtain vocational qualifications. From the very beginning we have been involved with capacity building for chambers and associations and in vocational training. Our far-sighted founding fathers also included trade promotion as a field of actionin our statutes. In 2012 we broke new ground and, together with the BGA, we set up the Import Promotion Desk,which has since assumed a leading role in the European import promotion network TRIC.

Today sequa has 100 employees and our  turnover will soon exceed the 50 million mark. Our structures and processes have become more professional and digitalised: Brochures became the website, fax, telex and letter became e-mail, whatsApp and zoom.

What has remained: International cooperation is in our DNA, the affiliation to the private sector and entrepreneurship as well. We perceive standstill as a step backwards and fast,decisions, actions and implementation as 'sequa and implementation as 'sequa-like'. The fact that partners also see it that way (see following pages), fills us with pride and and motivates us for the next 30 years.

Other editions (only in German)

SMEDA is a sub-project of the GIZ programme Private Sector Development and Vocational Training in the South Caucasus which has been running in Armenia since 2016 and co-financed by the EU. Since December 2017 sequa has been involved in this project with a component aimed at improving the dialogue between business associations and chambers and…

Promotion of dual training in the building trade in Rwanda

Since November 2014, the German Koblenz Chamber of Crafts (HWK) has been running a vocational training partnership in Rwanda. Together with the Rwandan Construction Association and selected vocational training centres, four construction occupations are being tested to see how the Rwandan private sector can be more closely involved in the planning…

Practice-oriented vocational training for young people in Ecuador - that is the aim of the Formados initiative. For 5 years now, the project has been promoting dialogue between the private sector and the public sector in Ecuador in the field of dual training. To this end, 8 training courses are being implemented, thus improving the competitiveness…

Project Brief: SMART Myanmar 2.0, a four-year project funded by the European Union, was launched in January 2016. It aims to improve the production and consumption of sustainably produced garments from Myanmar. This will be achieved by extending and improving the best practice mechanisms developed and implemented within the framework of the…

The project K to 12 PLUS is an initiative of the Federal Ministry for Economic Cooperation and Development to support the educational reform K to 12 in the Philippines. The German-Philippine Chamber of Industry and Commerce (GPCCI) is introducing elements of dual training in the Technical-Vocational-Exit Track of Senior High Schools alongside…

Internship abroad within the hairdresser training in Italy

With the help of the financial support of the EU Erasmus+ programme and the organisation of the Braunschweig-Lüneburg-Stade Chamber of Crafts, the trainees Leonie Krämer and Burhan Mustafa were able to complete a three-week internship at a hairdressing salon in Florence, Italy. Thus linguistic and intercultural authority could be developed and the…

The project is intended to support educational planning and quality assurance for the effective management of educational reform in Ethiopia. At the level of vocational schools and universities, model institutions are being promoted in the sense of a lighthouse approach in order to offer quality-oriented training geared to the needs of the labour…

Since 2011, the Federal Republic of Germany has been supporting Tunisia's promotion of employment through the Transformation Partnership for North Africa. The name of the programme "Tunisia Employment Pact" reflects the will to combine the strengths and initiatives of the public sector and the private sector. The common goal is to create jobs,…

sequa was commissioned by the German Society for International Cooperation (GIZ) within the framework of the regional programme "Labour and Social Standards in the Textile and Clothing Sector in Asia (especially Bangladesh, Cambodia, Myanmar, Pakistan and China) - SLGS" to implement a project focusing on the empowerment of women workers in…

The company Global Project Partners e.V. (GPP) started a partnership project applied for by sequa at the BMZ in 2015, which links the Association of German Women Entrepreneurs (VdU) and five women entrepreneurs' associations from the MENA region (Middle East & North Africa).  The project supports female entrepreneurs in the target region through…

The SWITCH to Green initiative implemented by the European Union is intended to contribute to the EU's objective of promoting a "green economy". This should generate growth, create jobs and contribute to poverty reduction. By supporting market opportunities for cleaner technologies, energy and resource efficiency, low-carbon development while…

Well cultivated round timber – the wood from which high-quality furniture for the international market is manufactured – is in
short supply in Viet Nam, which means the country has to rely on expensive imports. In addition, if Viet Nam is to be competitive in the global market, it must achieve sustainability certification in line with standards…

In the photo gallery we provide exciting insights into our worldwide projects and activities. 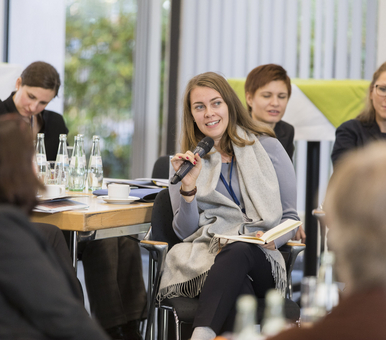 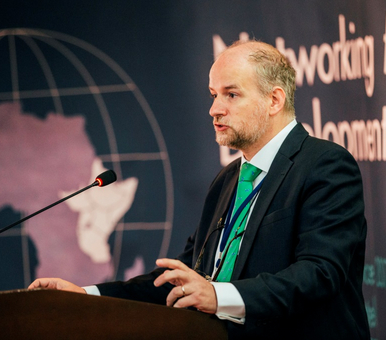 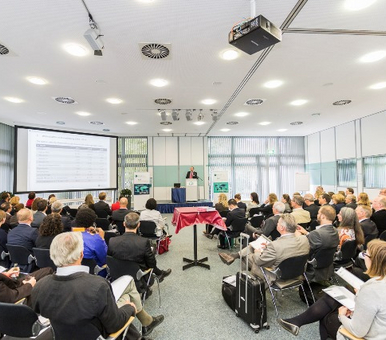